By Lizzy Acker | The Oregonian/OregonLive 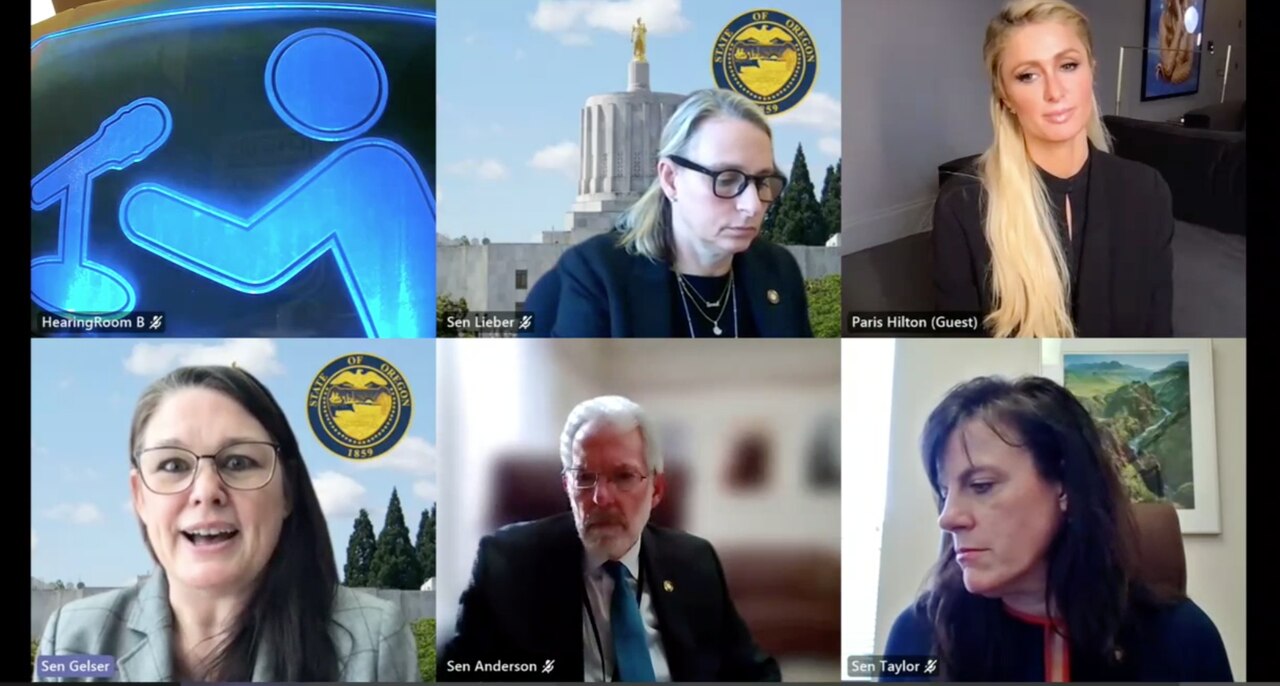 There was a celebrity sighting in a virtual Oregon senate committee hearing Thursday.

Paris Hilton, a one-time reality TV star and now activist, attended the meeting to give her testimony in support of a new Oregon bill that would modify the current list of allowed and prohibited uses of restraint of children in child-caring agencies, proctor foster homes and developmental disabilities residential facilities.

Hilton was the first guest to give testimony in support of the bill — Oregon Senate Bill 710 — and told her story of being awoken in the middle of the night when she was 16 to be transported to a facility.

“I thought I was being kidnapped and was going to be murdered,” Hilton said.

Hilton said she was handcuffed and taken by car to a plane and then on to a facility in Utah. During the trip, she did not know where she was going or why.

“In any other context,” she said, “you would call this kidnapping.”

Hilton has worked to end the practice of restraining children and teens on the way to and in treatment and care programs in multiple states.

In her testimony, she questioned why it was legal to restrain and possibly retraumatize kids who are already suffering in a variety of ways.

The Oregon bill would give greater clarity to types of physical and chemical restraints allowed and not allowed under state law, according to the bill’s sponsor, Sen. Sara Gelser, a Corvallis Democrat long active on children’s rights issues.

It would also require licensure of transport companies like the one that handcuffed Hilton, Gelser said during Thursday’s meeting.

Some detractors of the bill were concerned about how it would impact the care of children with autism.

“In its original form, it talked about applied behavioral analysis centers,” Gelser said. “Those are out. They are gone. There is nothing in this bill about autism, period.”

The testimony also included video and a 911 call from a Kalamazoo, Michigan facility called Lakeside Academy where Cornelius Frederick, 16, was restrained after throwing some food on May 1, 2020.

Several adults held him down and restrained him for 12 minutes, after which he appeared unresponsive. It took 12 more minutes for the nurse at the facility to call 911.

Two days later, Frederick died. His death was ruled a homicide and three adults involved were charged with child abuse and manslaughter.

As their defense, said Gelser, those employees said they followed all standard procedures.

According to Gelser, three Oregon kids were at the Michigan facility the day Frederick died.

The facility, which has since closed, was run by Sequel Youth and Family Services.

Gelser said Friday that she visited that facility in January of 2020.

“While we were there I expressed concerns to the Sequel executives about their restraint policies, training and practices,” she said, “and shared that I was concerned if they did not make some serious changes that someone would be seriously hurt or die.”